Republican Arizona Sen. John Kyl will resign his seat at year-end. Kyl was appointed to the seat after the death of John McCain in August. The state's governor, Doug Ducey, will appoint a successor, who will serve until a special election is held in November, 2020. The winner of that race will serve the remainder of McCain's six-year term. The seat is next up in 2022. Possible replacements include Rep. Martha McSally who just lost an election to Democrat Kyrsten Sinema for the state's other Senate seat. The replacement must also be a Republican, although not an issue here since the just reelected Ducey is also a member of the GOP. 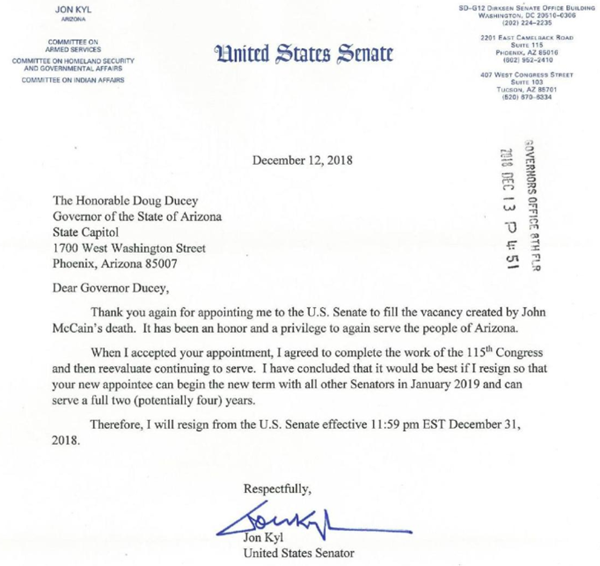 The 2020 Arizona special election is looking like one of the more competitive races of that cycle, at least at this early date.  Create your own forecast with our 2020 Senate interactive map.