Despite Indictment, Collins to Remain on November Ballot

On the advice of his attorneys, GOP Rep. Chris Collins (NY-27) will remain on the November ballot. Collins was indicted for insider trading back in August and he subsequently suspended his campaign. However, efforts to remove him from the ballot - a tough thing to do in New York state - have proven unsuccessful. 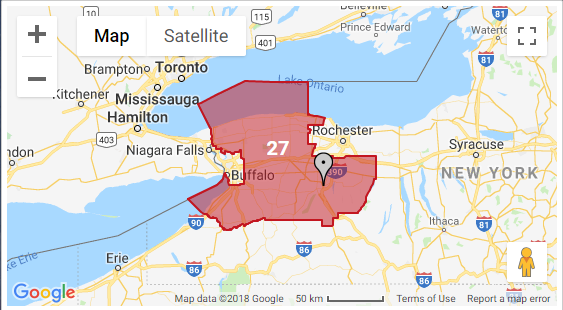 The change further improves the Democratic outlook for this previously safe Republican stronghold between Rochester and Buffalo. Donald Trump won here by nearly 25% in 2016, his largest margin of victory in any of the state's 27 congressional districts. Kyle Kondik, of Sabato's Crystal Ball, indicates the race will move from Likely to Leans Republican.

The Democratic nominee is Nate McMurray who is the Town Supervisor of Grand Island.