The Speaker of the House, Republican Paul Ryan of Wisconsin announced Wednesday he would not seek re-election in 2018. He is the 38th*, and most prominent member of the GOP to retire rather than face the voters in an election that may lead to a Democratic House majority in 2019.  The New York Times suggests that "it could also trigger another wave of retirements among Republicans... taking their cue from Mr. Ryan."

While not likely a major factor in his decision, Ryan was facing a more challenging race to hold his district than the one he won by 35% in 2016.  With his departure, Sabato's Crystal Ball moves the race from 'Likely Republican' to 'Toss-up'. The GOP has until June 1st to find a suitable replacement for Ryan on the ballot -- the only other Republican on the ballot at present is white nationalist Paul Nehlen.

Overall, Sabato currently has 193 seats as safe or likely Republican, vs. 191 for Democrats. Of the 51 remaining seats - those with the most competitive races - all but five are held by the GOP.  Democrats need a net gain of 23 seats to win control of the House.

Click the map to use these ratings as a starting point to create and share your own 2018 forecast. 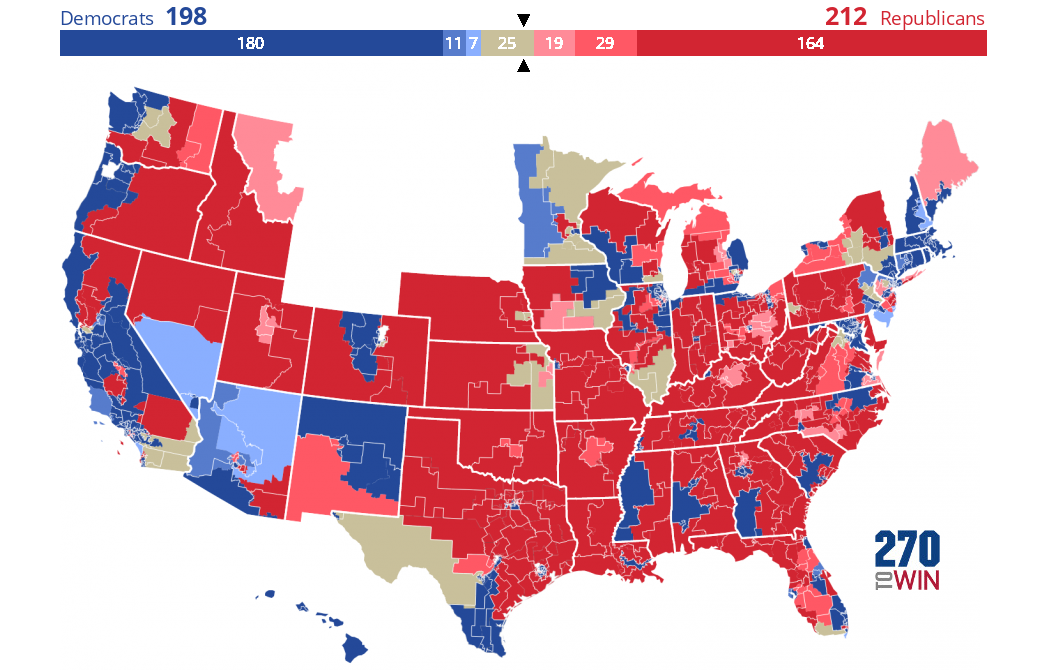 * It was 37 when we started writing the article: Dennis Ross, a four-term Republican from Florida's 15th district, subsequently announced his retirement. Ross won re-election by 15% in 2016; Donald Trump won here by 10%. The race has moved from safe to likely Republican.