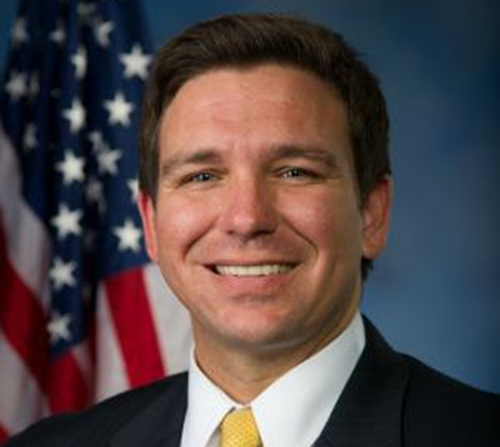 Florida Republican Rep. Ron DeSantis has joined the state's 2018 race for governor. Incumbent Republican governor Rick Scott cannot run again due to term limits. DeSantis, who is in his 3rd term in the House, was recently endorsed by President Trump for the position.

Congressman Ron DeSantis is a brilliant young leader, Yale and then Harvard Law, who would make a GREAT Governor of Florida. He loves our Country and is a true FIGHTER!

DeSantis represents the 6th district, which runs from south of Jacksonville through Daytona Beach to north of Orlando. Both DeSantis and Donald Trump won here by 17 points in 2016, and the district is seen as safe Republican.

The gubernatorial race is one of 36 to be held in 2018. It is considered a toss-up at this point.

43 House members have announced they aren't running in 2018. One of them, Ohio's Pat Tiberi, will be leaving Congress on January 15th. Gov. John Kasich has set August 7th as the date for a special election, which will be preceded by a primary on May 8th.