Democrat Gene Green, one of the longest serving members of the Texas congressional delegation, will not run in 2018, according to a spokesperson:

Much like his Republican colleague Ted Poe (TX-02), who announced his retirement last week, Green represents a highly-gerrymandered district surrounding Houston. Hillary Clinton won over 70% of the vote here in 2016, besting Donald Trump by about 46 points. 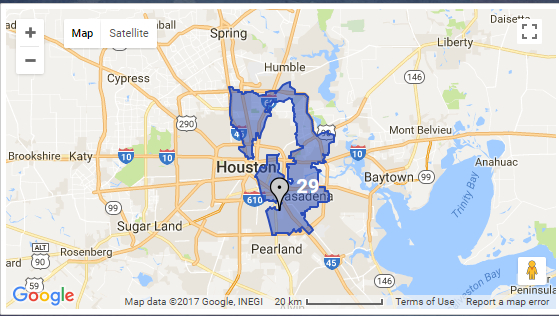 There are now 35 House members not seeking reelection in 2018. Green is the 11th Democrat on the list.

For the 19th in our series, we look at The Sunflower State, the political and demographic sister state to Nebraska, which we covered last week.

The former vice president won in Arizona, Florida and Illinois, doubling his delegate lead in the process

Wins in Florida and Illinois put the president over the top