Blackburn is in her 8th term. She represents a safe Republican district in west-central Tennessee, winning reelection by nearly 49 points this past November. She (or whomever emerges as the Republican nominee) will start out as a large favorite in the 2018 Senate race. The Volunteer State last elected a Democratic Senator in 1990 (former VP Al Gore).

Blackburn becomes the 28th House member to pass on reelection in 2018. Included in that are now three of Tennessee's nine Representatives. 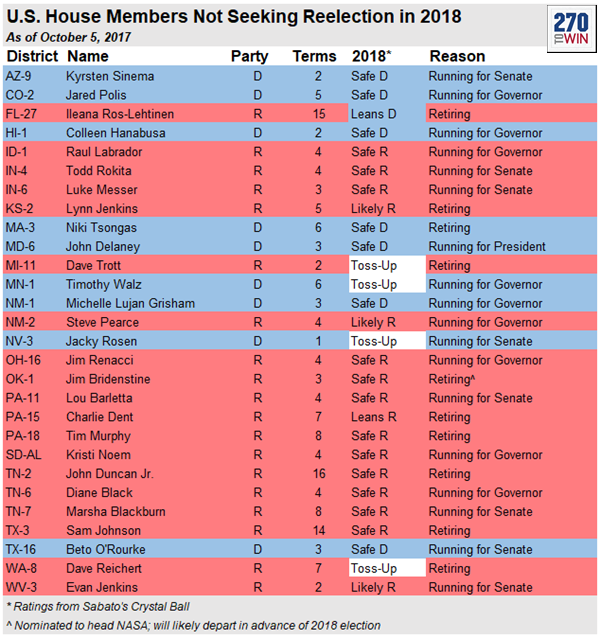