The Washington Post reports that "Republican Congressman Charlie Dent of Pennsylvania, leader of an influential caucus of GOP moderates in the House, has announced he will not seek re-election to an eighth House term next year."

Dent has been a frequent critic of President Trump.

This somewhat surprising announcement puts Pennsylvania's 15th district in play for 2018. The rating moves from safe to leans Republican. Six of Pennsylvania's 18 districts, primarily those in the suburbs/exurbs of Philadelphia, look to be competitive this year: 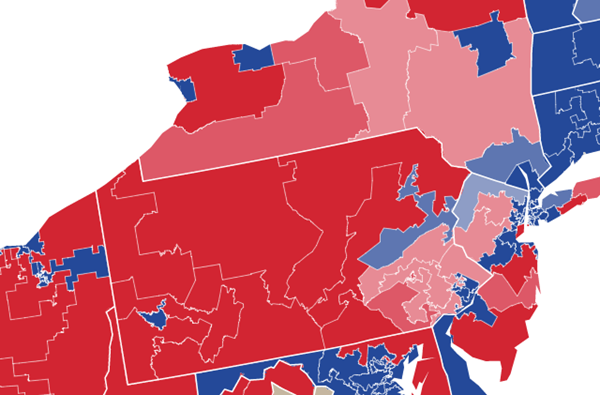 There are now 24 announced departures for 2018: 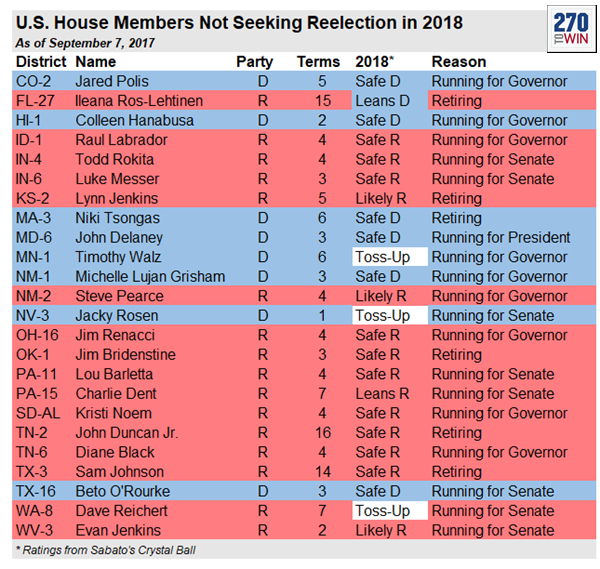