Republicans Karen Handel (GA-06) and Ralph Norman (SC-05) were sworn-in and joined the House of Representatives on Monday. Both won their seats in special elections held on June 20th. This brings Republicans back to full strength, at 241 seats. Democrats currently hold 193 seats. 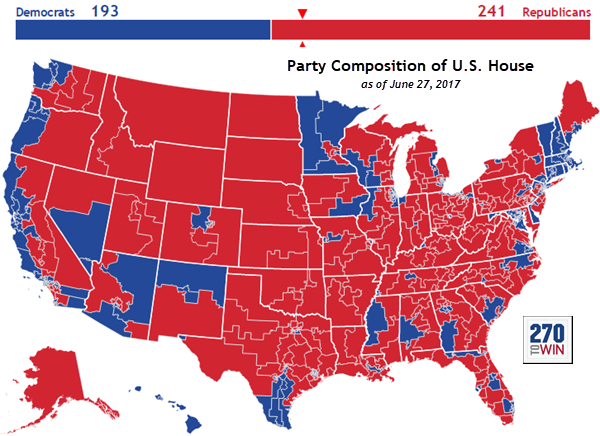 The one remaining House vacancy will be filled when Democrat Jimmy Gomez takes his seat for California's 34th District. That is expected to take place after the 4th of July recess.

Republican control, at 241-194 seats after Gomez is sworn-in, will match where the 115th Congress began back in January. All five special elections held during the first half of the year were held by the incumbent party.

As of now, about 70 of the 435 House seats look like they could be somewhat competitive in 2018. Democrats will need to gain 24 seats to take control.