Trump's Winning Map Changes 'Same Since' Maps Dating Back to 1988

We've updated our series of 'Same Since' electoral maps, which go back through time to show presidential election single party voting streaks. There are 13 such maps, one for each election from 1964-2012.

In the 2016 presidential election, Donald Trump won six states (and a district in Maine) that Barack Obama had won in 2012. Three of these states (Michigan, Pennsylvania, Wisconsin), as well as the Maine district had been blue for a generation or more. The other three states (Florida, Iowa, Ohio) were last 'red' in 2004. 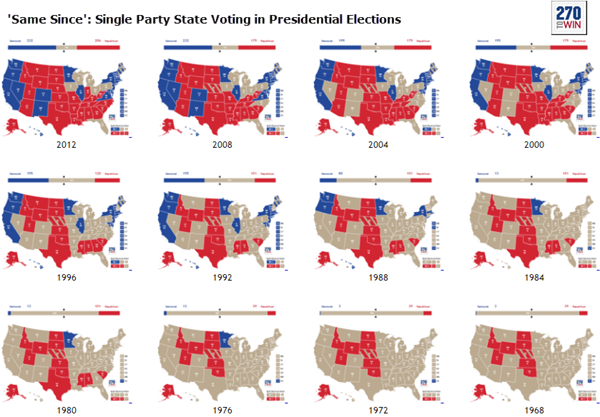 Click the image above to view full-sized versions of the map, along with a short description of the changes associated with each election.