In their electoral map update on October 28th, the Associated Press moved Iowa from leaning Trump to toss-up, with Nevada going from toss-up to leaning Clinton. Both states have 6 electoral votes, bringing Clinton's total to 278 (213 strong), Trump to 173 (106 strong).

No corresponding analysis from AP is available yet (that we could locate), but the new AP ratings for Iowa and Nevada match those on the consensus pundit map. Click the below for an interactive version of the AP map. 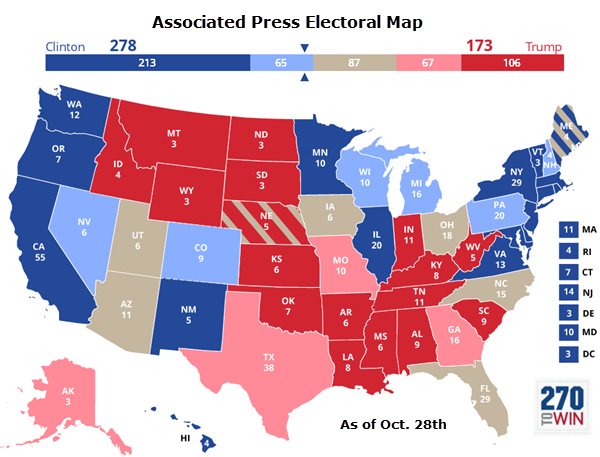 It will likely be several days before we know if or how Friday's FBI October Surprise will change electoral map estimates for an election that is now just 10 days away.