Colorado has moved from toss-up to leaning Clinton in the August 1 update of the Consensus Pundit Electoral Map. This is the only change in recent weeks, as there have been few modifications to state-level forecasts during the convention period.

With the race now set, and state polling likely to become more frequent in the near future, we'll update the map more often. This August 1 update is a good baseline for the start of the general election campaign: 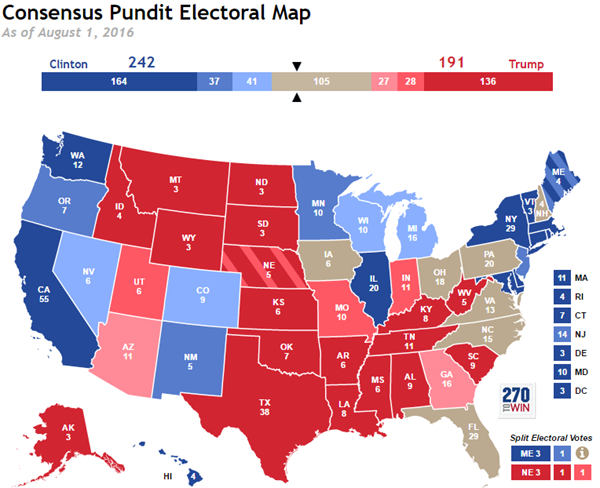 Interestingly, aside from Iowa, all the true toss-up states (as seen by the pundits) are currently in the Eastern Time Zone.

To arrive at the consensus map, we assign a point value to each rating category. From there we calculate the average rating. Those average ratings determine the consensus rating, which may or may not be the most frequent one. For example, only states rated safe by all seven pundits are shown in the darkest shade of blue or red.