Republicans have won 217 seats, just one shy of the 218 needed to win control of the House in the next Congress. Democrats have won 205. This includes two seats in California where both candidates on the ballot are Democrats, although the specific winner is not yet known.

Of the 13 remaining seats to be decided, nine are in California. The others are in Alaska, Colorado, Maine, and Oregon. See the live map here >

Maine: The Ranked Choice tabulation will occur today. That result will appear in the first embed below, with the Election Day vote underneath.

Oregon: District 6 is a new seat created in redistricting. ABC News has called this race for the Democrat Andrea Salinas.

Democrats have retained the majority; the party will have 50 or 51 seats in the new Congress. The final total will be determined in a Georgia runoff on December 6. Pennsylvania is the only Senate seat that has flipped thus far. In Alaska, we know a Republican will win, but we won't know which one until November 23. 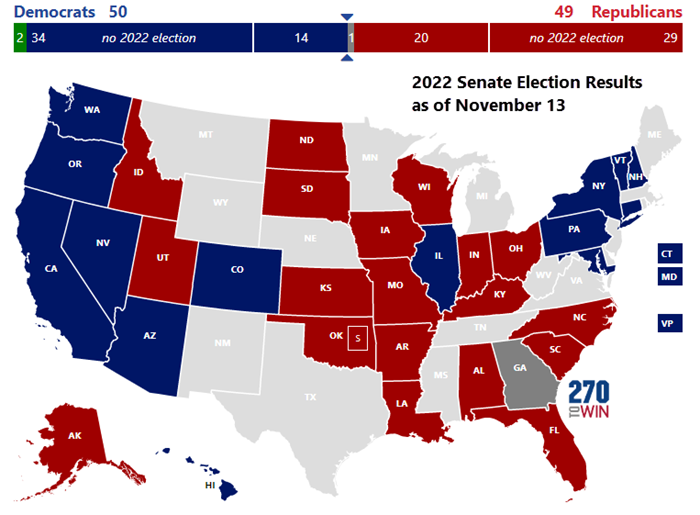 Only Alaska remains uncalled; that is expected to be won by the incumbent Republican Mike Dunleavy. Assuming this result, Democrats will come out of the 2022 elections with two additional governorships. The party gained seats in Arizona, Maryland, and Massachusetts. Republicans picked up Nevada. 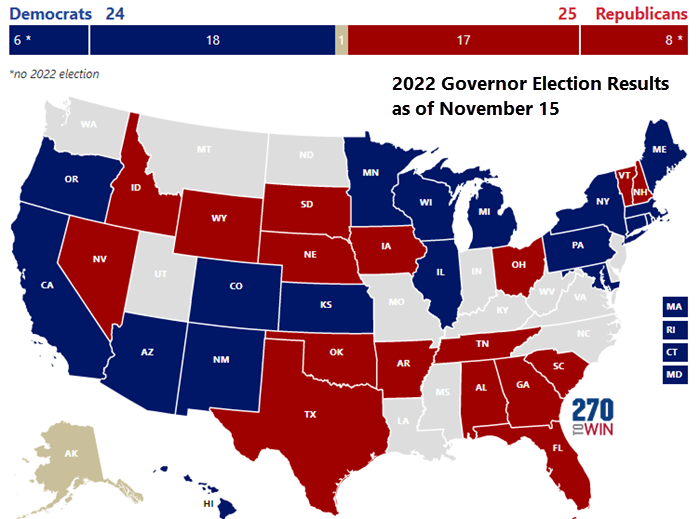