Republican Rep. Devin Nunes announced Monday that he will resign from Congress in the coming weeks. He has been hired as CEO of Trump Media & Technology Group, which is preparing to launch a new social media platform called TRUTH Social.

Nunes represents California's 22nd district, situated in the San Joaquin Valley. He did not fare well in the first draft of maps released by California's bipartisan redistricting committee last month. If those boundaries were to hold, CA-22 would shift from a district Trump carried by 5% to one Biden carried by 9%. Overall, the state is losing a congressional district in Census apportionment for the first time ever. 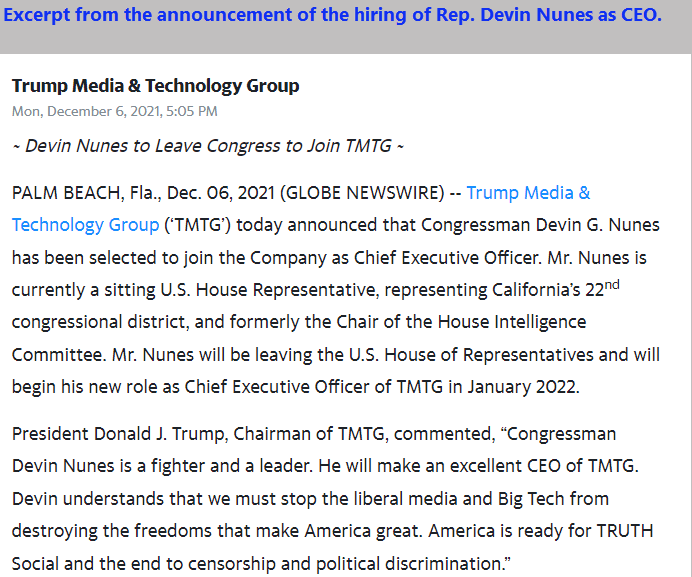