Oregon Rep. Peter DeFazio has become the 19th Democrat to announce they are retiring or seeking another office in 2022. Now in his 18th term, DeFazio is the longest-serving House member from Oregon.

With humility and gratitude I am announcing that I will not seek re-election next year. Read my full statement here: https://t.co/r690H0vRgu pic.twitter.com/btuTMrBHvL

DeFazio was reelected by about 5% in 2020. It was the closest race of his entire House career. The only other time he won by less than double digits was when first elected in 1986. That year, he won by 8%.

While the seat is back in play for 2022, the Democrat that attempts to succeed DeFazio will have the benefit of a more favorable district. According to FiveThirtyEight, the partisan lean of the 4th district moved from R+1 to D+9 in the state's recently completed redistricting. 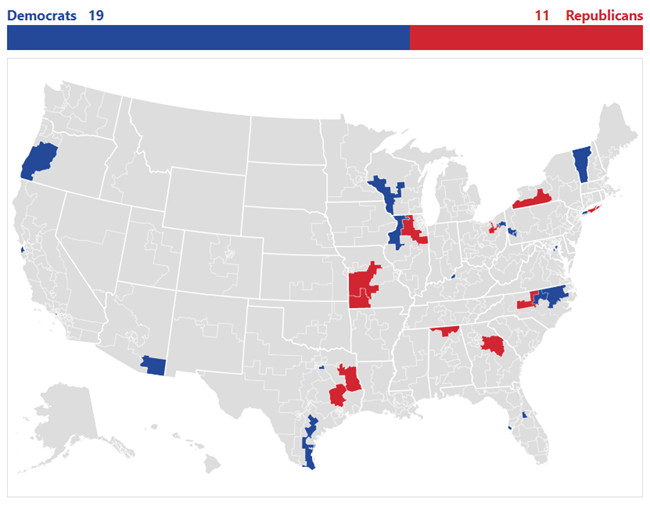