Rep. Charlie Crist (FL-13) announced his entry into Florida's 2022 election for governor. The first notable Democrat in the field, he is hoping to take on GOP Gov. Ron DeSantis and return to the job he once held.

I'm running for governor to build a Florida for All - to stop division and hate, bring our state together, and finally open up opportunities for every Floridian. pic.twitter.com/l1OksxMP1y

Crist was a Republican when elected governor in 2006, succeeding Jeb Bush who could not run due to term limits. He chose not to stand for reelection in 2010 and instead mounted a campaign for Senate. Trailing Marco Rubio for the nomination, Crist opted to run as an independent, finishing second to Rubio in the general election.

Crist joined the Democratic party in 2012. He was the party's nominee for governor in 2014, losing narrowly to incumbent Republican Rick Scott. In 2016, he successfully ran in Florida's 13th congressional district, and has been reelected twice.

The Democratic field is expected to get more high profile entrants in the weeks ahead. Fellow Rep. Val Demings (FL-10) and Agriculture Commissioner Nikki Fried have both expressed interest in the race.

The 13th district is on the Pinellas Peninsula on Florida's west coast. It includes St. Petersburg and Clearwater. The state will gain a congressional district in upcoming redistricting. As a result, the boundaries of this district are likely to change for the 2022 election. 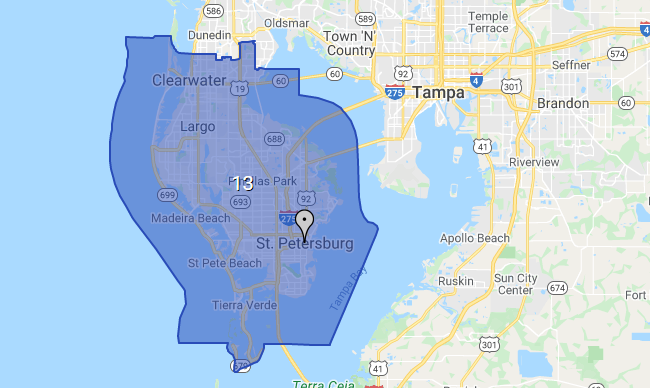 Crist is the 12th current House member to announce they are leaving at the end of this term. 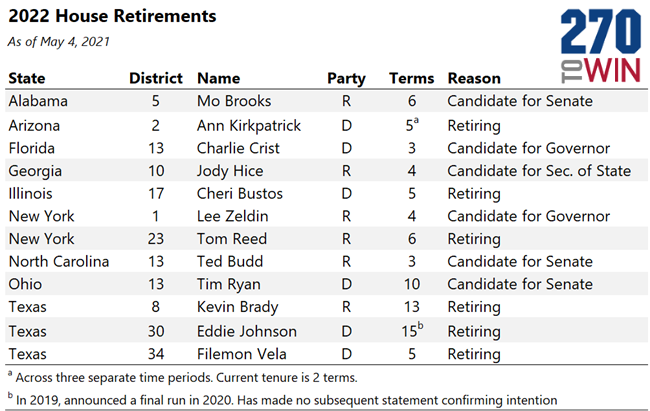