The race to succeed Burr, who is retiring after three terms, is expected to be among the most closely-contested of the 34 Senate elections to be held in 2022. This comes on the heels of the state's 2020 Senate race, which was the most expensive in history.

Before getting to November, there will also be a fierce battle for the GOP nomination. Budd joins former governor Pat McCrory and former Rep. Mark Walker as announced candidates. Lara Trump has also expressed interest, but the field has been growing in the absence of her decision.

Budd, in his third term, is the second House member to launch a 2022 Senate run this week. On Monday, Democrat Tim Ryan announced he would run in Ohio. Unlike Ohio, which is losing a congressional seat, North Carolina gained one in the Census apportionment data released earlier this week. 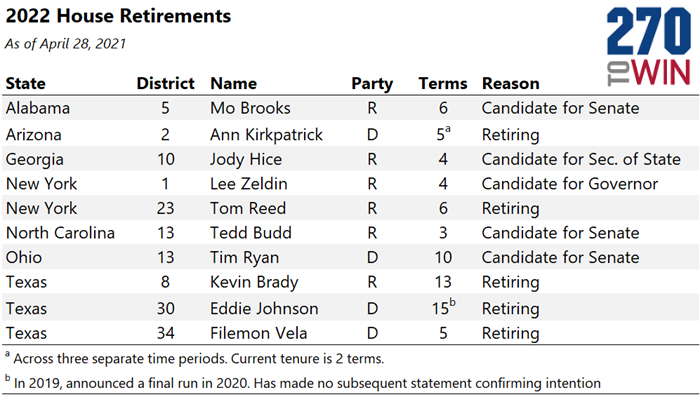