Joe Biden won the electoral college vote Monday, affirming him as the president-elect.  California's 55 electoral votes put the former vice-president over the top.

With only Hawaii outstanding, the vote has gone smoothly, with all electors voting as pledged.

The ballots will be formally counted in a joint session of Congress on January 6, 2021. 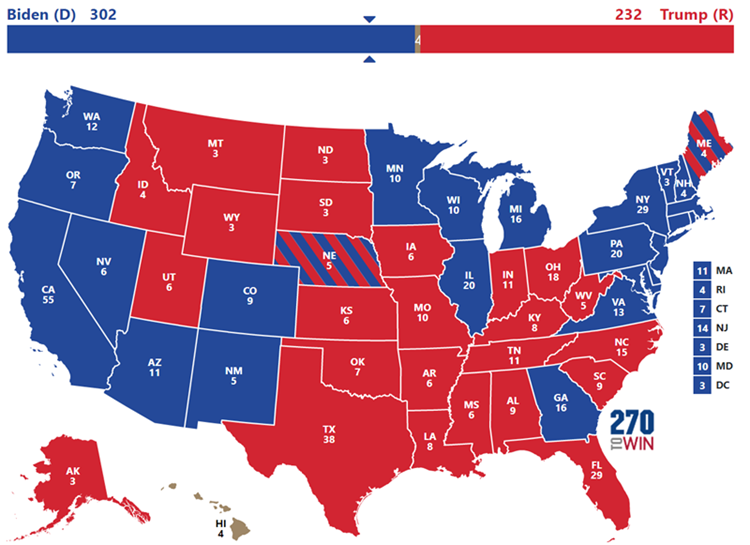