The Electoral College meets on the first Monday after the second Wednesday in presidential election years. This year, that date is December 14.  Electors will gather in their respective states (and District of Columbia) to cast their votes. Each elector will fill out two ballots, one for president and one for vice president.

As a practical matter, this means the Electoral College vote is largely symbolic; the final result is unlikely to deviate much (if at all) from the expected total of Biden 306, Trump 232. The votes will be forwarded to Congress, where they will be tallied in a joint session on January 6.

As the votes become known, we'll populate this map with the results.

The schedule below shows the time the electors are expected to convene in each state. Indiana, Tennessee, New Hampshire and Vermont kick things off at 10:00 AM Eastern; Hawaii is the final state at 7:00 PM Eastern.

The schedule below has updated meeting times for Nebraska and New Hampshire. 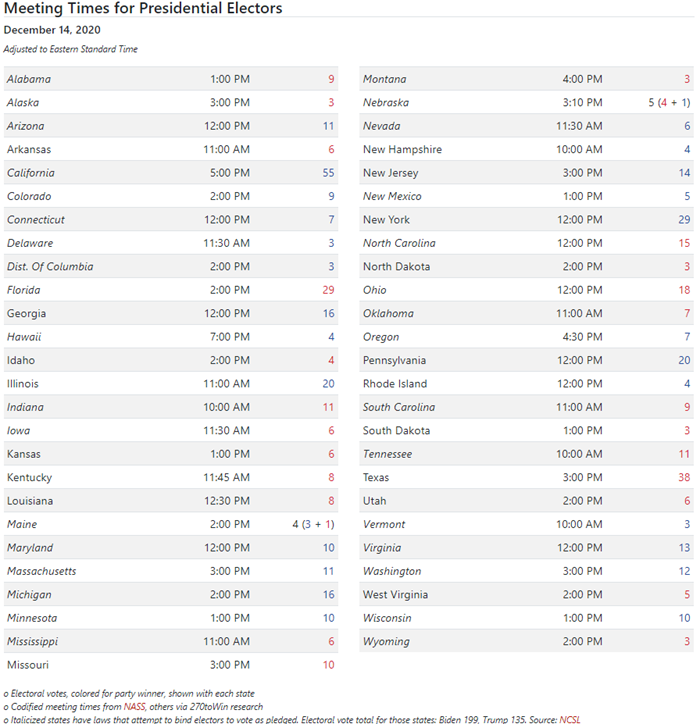 States decided by 10% or less in the 2020 presidential election