In races called by our results provider Decision Desk HQ, Joe Biden has 227 electoral votes to 213 for Donald Trump as of early Wednesday morning. Aside from Biden winning the electoral vote associated with Nebraska's 2nd district, the map is identical to 2016 in the called states.

Based on the current map, there are 37 paths for Biden to 270, 24 for Trump and 11 that would result in a 269-269 tie.  Some are obviously more likely than others. FOX has called Arizona for Biden, although that has not been confirmed by others.

Click the image below to use our 'Road to 270' feature to game out those remaining states. 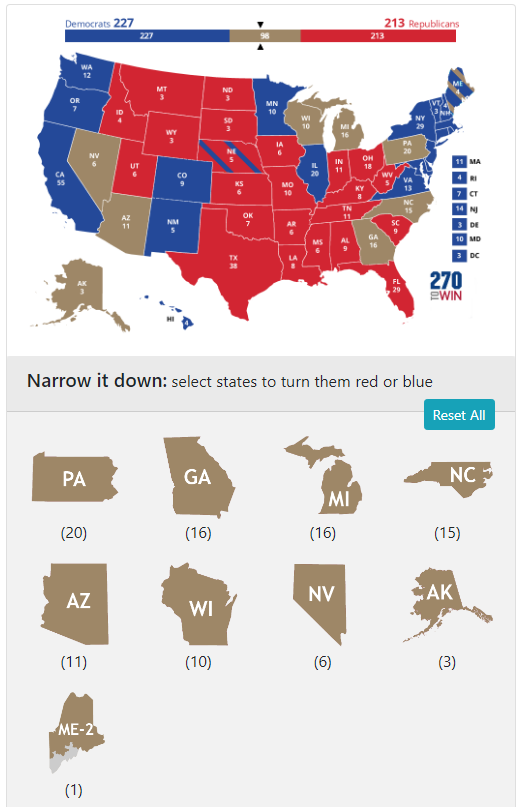 Here are the live vote counts for these remaining races.  Aside from Nevada, these were all won by Donald Trump in 2016.