While over 300 of the 435 House seats are considered safe for the incumbent party, there is a subset that is especially solid: those with no major party opposition. This year, 27 seats fall into that category, down from 42 in 2018.  19 seats have no Republican candidate on the ballot, while eight have no Democratic candidate.

The list falls into three groups, which are listed below. In the tables, one Margin of Victory column reflects the 2018 House election, with the other column being the margin between Donald Trump and Hillary Clinton in 2016. Asterisks in the House column mean the incumbent was unopposed in 2018.

Totally Unopposed: There are 11 incumbents that have the ballot all to themselves. Not on the list is GA-14, where the Democratic nominee has withdrawn, but remains on the ballot. 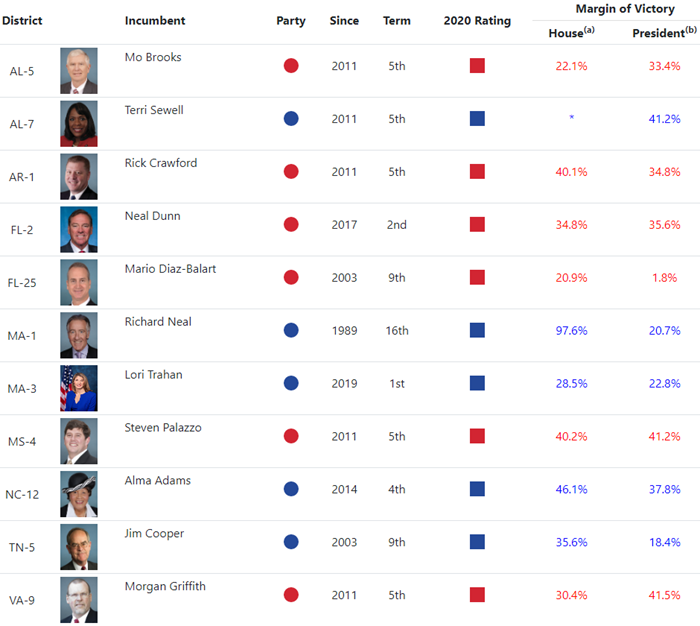 Same Party Opposition: California and Washington hold top-two primaries, where all candidates, regardless of party, appear on a single ballot. The two highest finishers go on to the general election.  Eight districts - seven in California and one in Washington - advanced two Democrats. The ^ in Nanette Barragan's listing reflects that there was also an election with two Democrats in 2018. 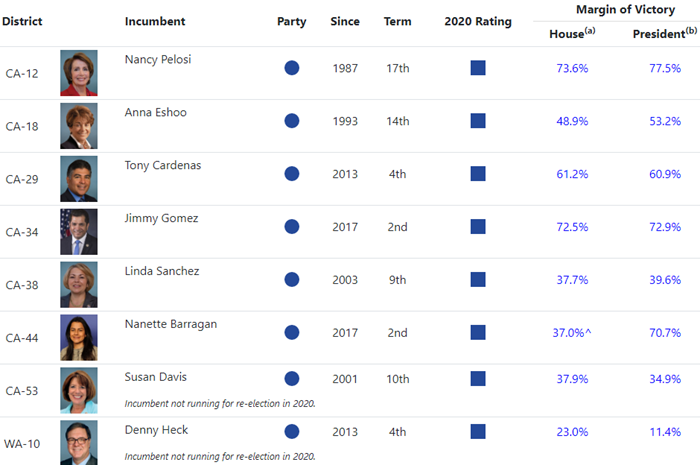 3rd Party Opposition: The longest-tenured member on this list, Eliot Engel, was defeated by Jamaal Bowman in the Democratic primary. Bowman and the other seven incumbents  have one or more opponents on the ballot, but all are 3rd party or independent candidates. None are expected to pose a major challenge.

While the 'unopposed' list is almost exclusively associated with House elections, an honorable mention goes to the Arkansas Senate race. Only one Democrat filed to run in the party's primary; he dropped out after the filing deadline. Republican Sen. Tom Cotton faces Libertarian Ricky Harrington, Jr. as he attempts to win a second term. 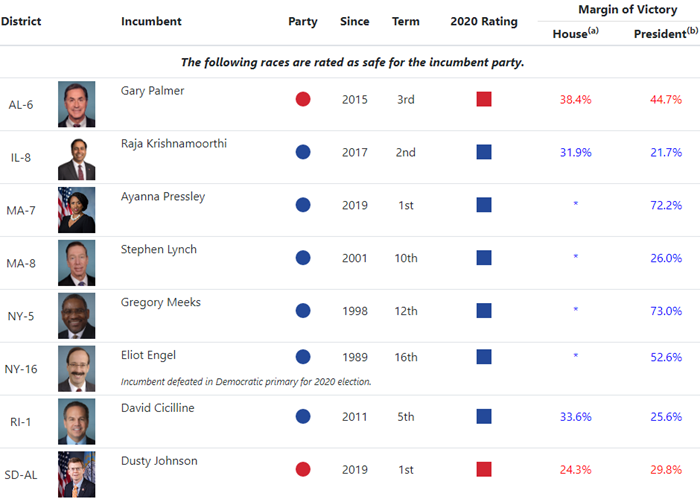