Inside Elections updated their 2020 House outlook on Friday. The forecaster moved the ratings of 29 seats, 27 of them favoring Democrats.  From their analysis:

"Not only is the majority all-but-completely out of reach for this fall as initial GOP takeover targets are dropping completely off the list of competitive races, but dozens of Republican incumbents previously regarded as safe for re-election are vulnerable as Trump underperforms his 2016 totals by 8-10 points or more around the country. It’s certainly possible that a House candidate overperforms the top of the ticket. But it’s impossible to ignore the fact that presidential results and House results match up at least 90 percent of the time."

Here's the updated Inside Elections map. Click/tap for an interactive version. A tweet listing all the changes follows the map. 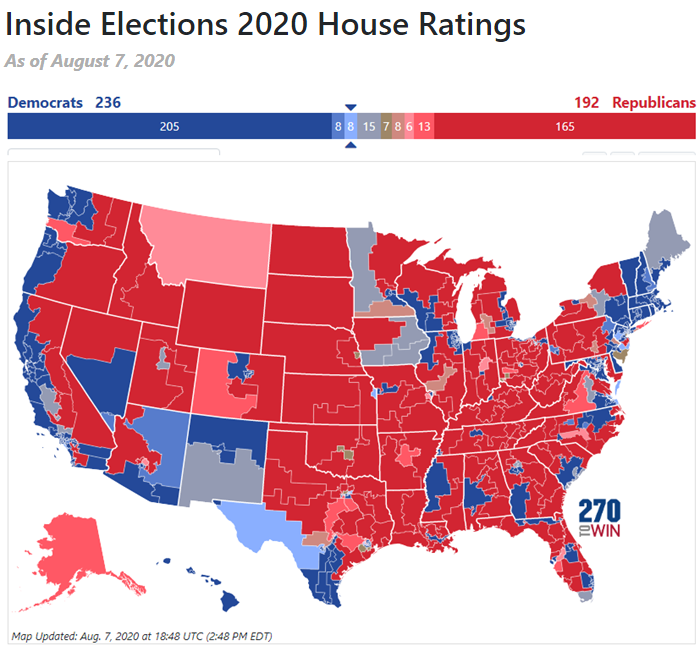 Note that on the graphic in the tweet below, the Old Rating for Michigan 8th should be Likely Democratic.