Inside Elections has updated its electoral college outlook, making 19 adjustments (17 states + 2 districts), all of which are in the direction of Joe Biden.  The last refresh of these ratings was in April, and the large number of changes reflects the shift in polling and President Trump's job approval ratings during the last three months.

"For three-and-a-half years, Trump’s job rating was arguably the most stable part of his presidency. With a committed and loyal base of Republicans for the president and a slightly larger committed and loyal group of Democrats against him, the country was on a trajectory to experience a close and competitive Electoral College contest with both parties fighting over a half-dozen or so key states.

That outlook has changed.

While the precise cause can be argued, Trump’s job rating has been on a precipitous decline over the last two months, not only putting a second term increasingly out of reach but potentially wreaking havoc on GOP candidates down the ballot."

Interactive Map:  The current Inside Elections electoral map, reflecting these changes, is below.  Click or tap for an interactive version. 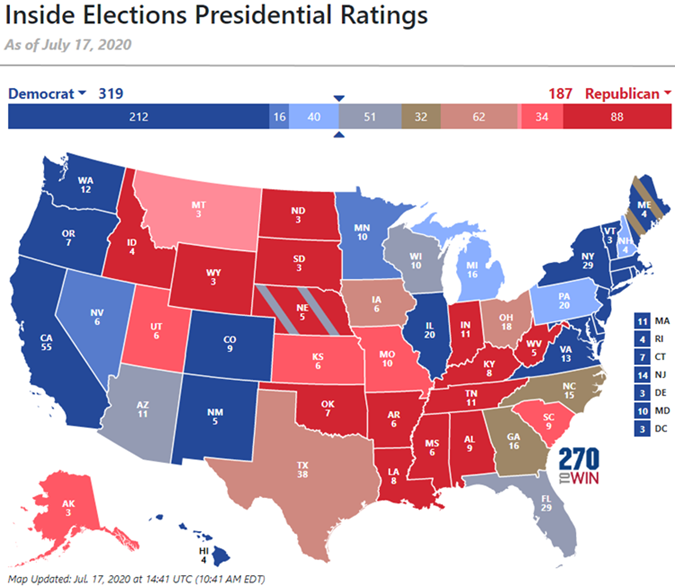