There are no primaries for the next two weeks; the calendar picks up again on August 4. Aside from Connecticut (August 11), presidential primaries are complete. Joe Biden will become the Democratic nominee the week of August 17; President Trump will be renominated the following week.

However, there are still a considerable number of states with downballot primaries. In terms of what we track, this includes congressional and gubernatorial contests, although there are often a wide variety of other races (e.g., judicial, state legislative) on the ballot. 14 states will have these in August, with another four during the first half of September. There are also primary runoffs in three states. 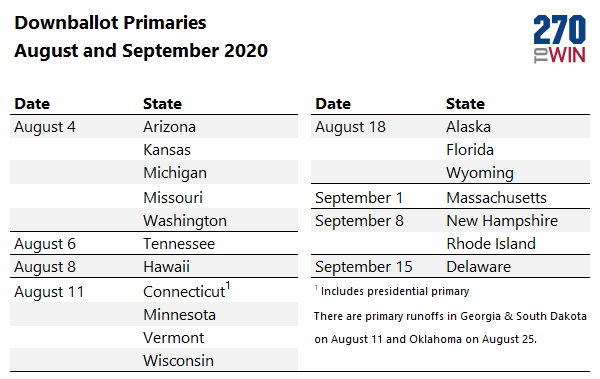