The race for the Democratic nomination is effectively over; attention now turns to the general election on November 3.  To that end, we've added a few pages to track the polls featuring President Trump vs. former Vice President Biden.

Most Recent Polls:  A running list of polls, updated as new ones are released. There's an option to filter for the most current poll in each state.

Polling Averages by State:  The calculated average nationally, as well as for each state. Options to sort by state, competitiveness (margin between Trump and Biden), Biden % or Trump % (these last two from highest to lowest). Note that an average is only calculated if there are two or more polls within the last 30 days. If not - and that is going to be the case for a while in many states - we list the most recent one. If there are no polls yet for 2020, the state is not listed.

State Polling Detail: Click or tap the link associated with each state at the Polling Averages by State URL to see all Biden vs. Trump polls for that state. These pages also have a feature which shows the last time each state winner vs. election winner occurred, along with the corresponding electoral map. For example, in Florida, the last time a Democratic nominee won the state while a Republican won the presidency was in 1924. 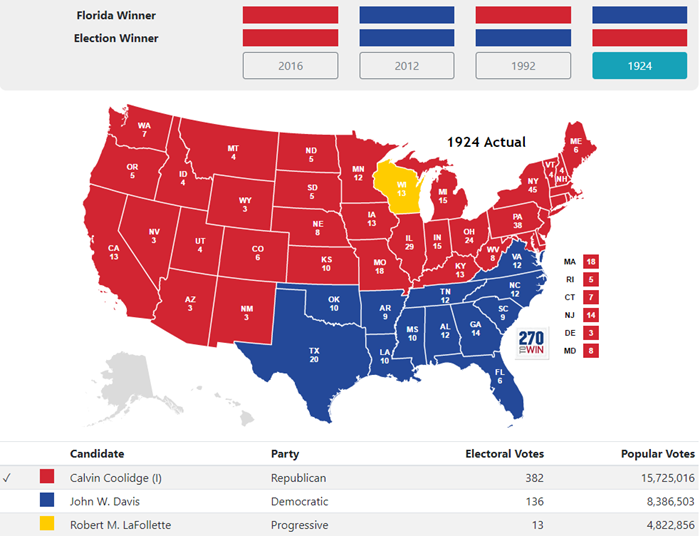