Rep. Mark Meadows resigned from the U.S. House Monday.  He will assume the post of White House Chief of Staff Tuesday, succeeding Mick Mulvaney.  Meadows has been acting in that role for President Trump in recent weeks. For example, he represented the president on the recent $2.2. trillion response to the coronavirus.

Meadows was in his 4th term representing North Carolina's 11th district. This is a fairly safe GOP district, despite the inclusion of the more liberal Asheville area in recent court-ordered redistricting.  A special election, if one is held, may be concurrent with the November 3 general election. Gov. Roy Cooper will make that determination.

There are now six vacancies in the U.S. House.  Democrats control 232 seats, Republicans 196 and one independent. 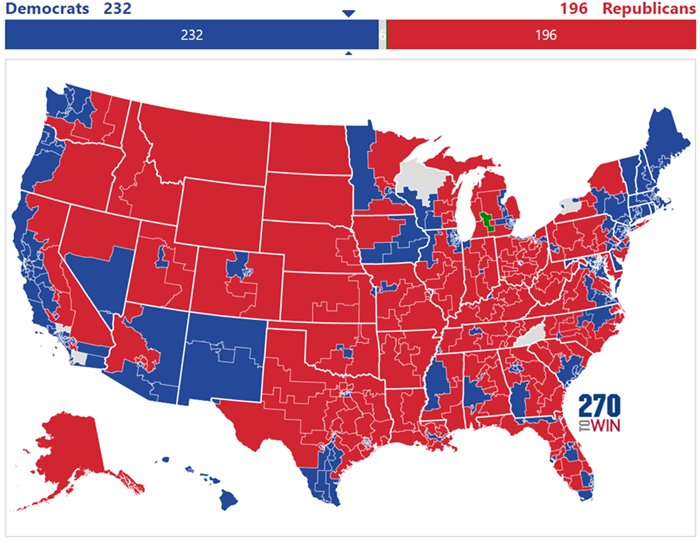