352 pledged delegates, across six states, are available in Tuesday's Democratic nominating contests. Here are the latest polling averages in each of those states, as Monday morning, March 9.

Note that given the much smaller field, we have only averaged polls released after Super Tuesday, March 3.  We've also plugged these averages into our Delegate Calculator (create your forecast here) to get a sense of how the delegate split might look. 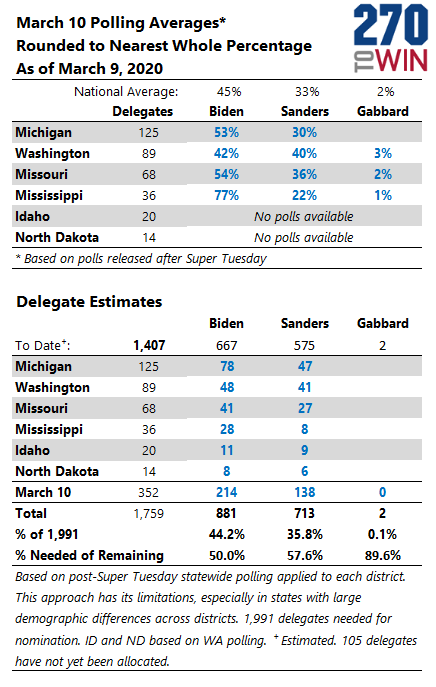