A new poll by Quinnipiac University of key rust belt swing states show President Trump ahead of each prospective Democratic nominee in Wisconsin while trailing in Pennsylvania.  The race is closer in Michigan, with some Democrats slightly ahead, others in a virtual tie.  All three states voted for Trump by less than 1% in 2016; their 46 combined electoral votes propelling the president to victory. It was the first time in a generation any of these states had voted for the Republican nominee in a presidential election. 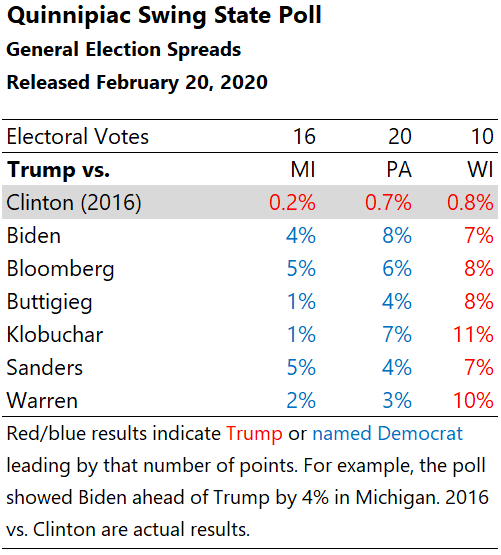