It was an active Tuesday for Super Tuesday polling.  We saw polls from six states, including three of the four largest in terms of pledged delegates available that day. The polls in Virginia, Oklahoma, Maine and Vermont were the first we've seen this year.

There were also several national polls and one from New Jersey, which holds its primary in June.  You can view a running list of the most recent polls here.

Super Tuesday is two weeks from today, March 3. Over one-third of the Democratic Party's 3,979 pledged delegates will be up for grabs across 16 contests. 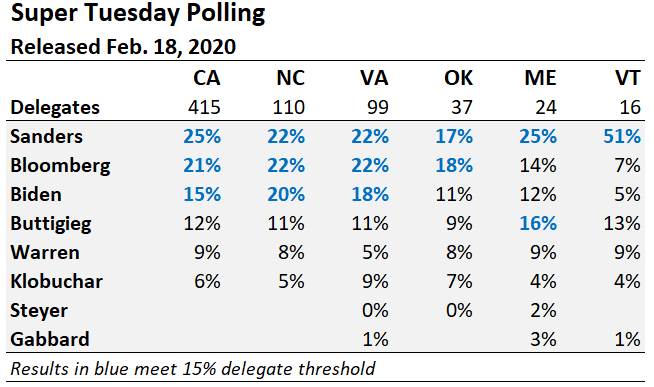