Three weeks out from Iowa, the interactive portion of the 2020 Democratic Delegate Calculator is now live.  Starting with the polling average, where available, you can create a forecast for each primary or caucus.  You can also project withdrawal dates for those candidates that you don't think will be around at the end.  The changes you make will be immediately reflected in the delegate estimate for each candidate.

Select the Based on Custom Calculator tab to create your forecast. 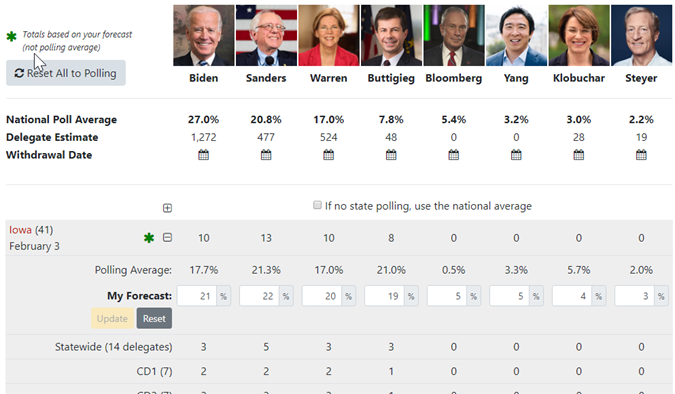 Regardless of the forecast you create, the Based on Polling Average tab will continue to reflect the delegate forecast based on the 270toWin Polling Average in each state. There's now an option, in both tabs, to use the national average where no state polling is available.

Please use the General Feedback link at the bottom of the calculator page to let us know of any issues or any suggestions you might have to make it better.