Rep. Ted Yoho said Tuesday that he will not run for re-election in 2020. He represents Florida's 3rd congressional district, a solidly Republican district in the northern part of the state.  Yoho won his 4th term by 15% in 2018; Donald Trump won here by a similar amount over Hillary Clinton in 2016. 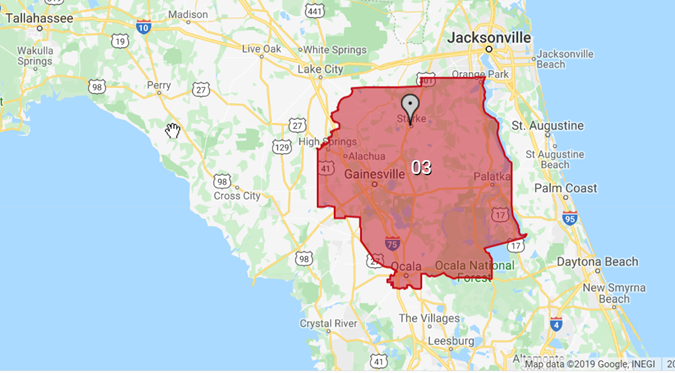 By retiring, Yoho is honoring a pledge - to serve no more than four terms - that he made when first running for Congress in 2012. He is the 32nd current member of the House to announce they will not run in 2020.