Andrew Yang has become the 7th Democrat to qualify for the party's final debate of the year. He received 4% support in a Quinnipiac poll out Tuesday, giving him enough qualifying polls to make it. 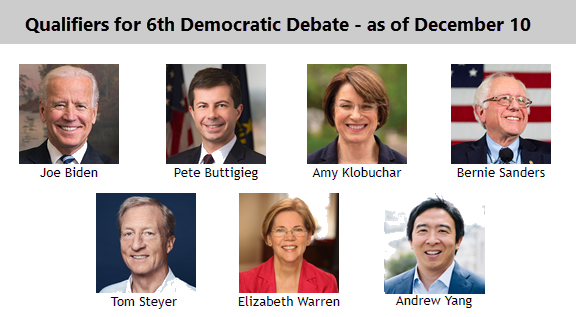 Qualifying ends Thursday night for the December 19 debate which will be co-hosted by POLITICO and PBS. Tulsi Gabbard remains one qualifying poll short but she has indicated that she will not participate even if she receives an invitation. Michael Bloomberg is two polls short, but he is not taking campaign contributions and thus cannot meet the donor threshold set by the Democratic National Committee.