Republican Kentucky Gov. Matt Bevin has conceded the governor's race to his Democratic challenger, Attorney General Andy Beshear. Bevin, who trailed by about 5,000 votes in the Election Day count, had requested a recanvass of the vote. That was done Thursday, with a change of only one vote. Beshear will be sworn in on December 10.

We've updated the 2019-2020 consensus Governor Interactive Map to reflect the Kentucky result, as well as the GOP win in Mississippi. 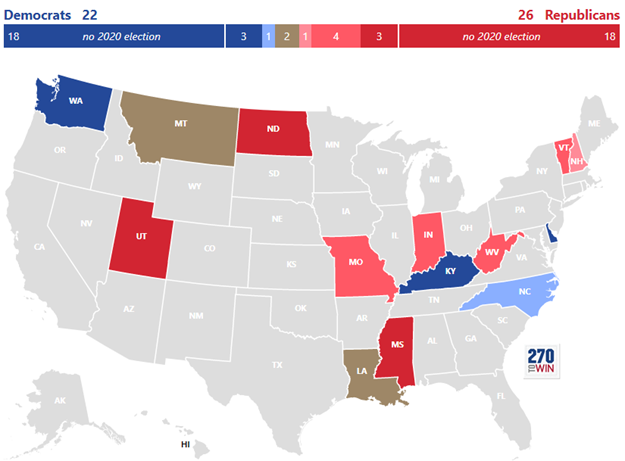 This Saturday, the final gubernatorial race of 2019 will be decided, as Louisiana holds a runoff election. Incumbent Democratic Gov. John Bel Edwards is seeking a 2nd term. He's opposed by the Republican nominee, businessman Eddie Rispone. Polling has shown a very tight race, but most surveys give Edwards a 2-3% lead. This Mason-Dixon poll is reflective of that.