GOP Rep. Greg Walden of Oregon Not Running in 2020

Longtime Oregon Rep. Greg Walden said Monday that he will not seek a 12th term in 2020. Walden, the only Republican among his state's congressional delegation, represents a conservative constituency covering the eastern 2/3 of the state.  Oregon's 2nd district is the 6th largest congressional district by land area in the United States, trailing only New Mexico's 2nd in size among states with more than one at-large district. 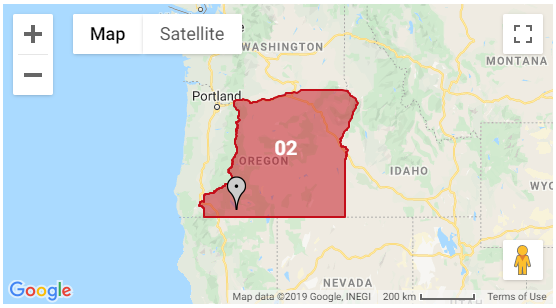 Walden's 17 point margin of victory in 2018 was the smallest of his career. After winning his first term by about 27 points in 1998, he never had a re-election margin lower than 35 points. Donald Trump won here by about 20 points over Hillary Clinton in 2016, and the district will continue to be rated 'Safe Republican' for 2020.

There are now 26 announced retirements in the U.S. House.