Democratic Primary Polls - Who Leads in Each State

The new 2020 Democratic Nomination Polls page provides a snapshot of the top 3 candidates in each state where polling is available. Select the state name for the percentages associated with each candidate as well as detail on the poll(s) used to calculate the position. 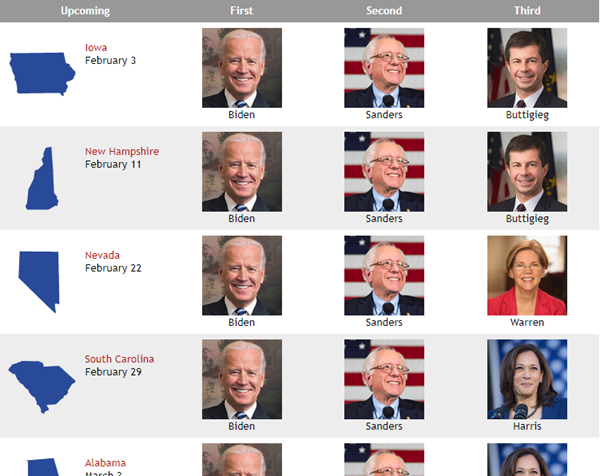