Pennsylvania Gov. Tom Wolf has set May 21 as the date for a special election to fill a vacancy in the state's congressional delegation. The date coincides with the state's primary election.  Former Rep. Tom Marino's last day in office was yesterday (Jan. 23rd). The GOP congressman had announced his plan to resign last week.

Donald Trump won this rural Pennsylvania district by over 35% in 2016, with Marino winning a fifth term by over 30% this past November. The seat is very likely to remain in GOP hands. 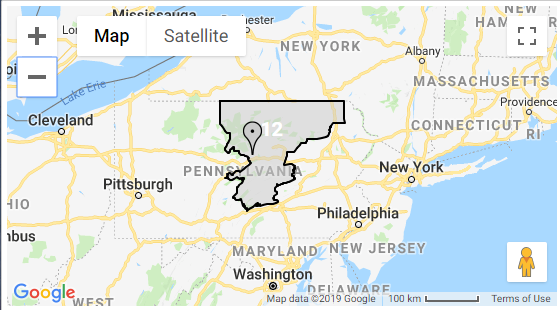