California Senator Kamala Harris launched her candidacy for the 2020 Democratic presidential nomination on Monday. Harris, who is the 2nd* African American Senator in U.S. history, made the announcement Monday on the Martin Luther King Jr. holiday. Before joining the Senate, Harris was her state's first female Attorney General.

Harris becomes the 5th Democrat to formally announce a 2020 run. Two of her Senate colleagues, Elizabeth Warren (MA) and Kirsten Gillibrand (NY) have created exploratory committees, which basically means they are running but are saving the 'formal' launch for a later date. 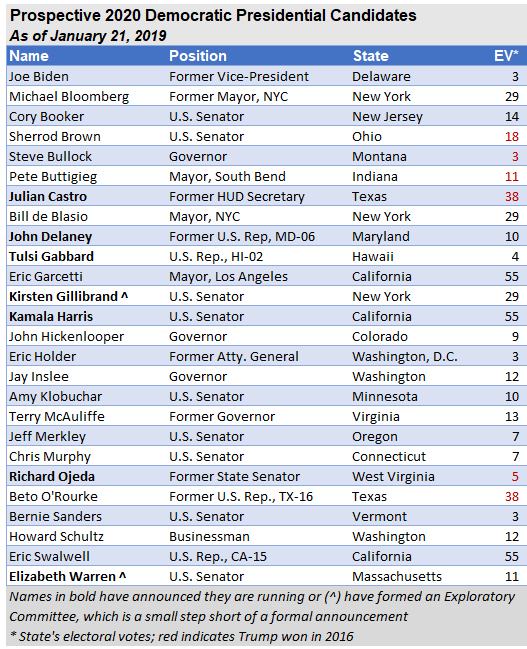 * Carol Moseley-Braun was the first, elected as U.S. Senator from Illinois in 1992.