Julian Castro to Run for President in 2020

As expected, Julian Castro launched his 2020 presidential campaign Saturday morning in San Antonio.  Castro previously served as mayor of that Texas city, departing in 2014 when confirmed as Secretary of Housing and Urban Development. Castro served in that role until in the end of Barack Obama's presidency in January, 2017.

Castro is the fourth Democrat to formally declare for 2020. He joins former U.S. Rep. from Maryland, John Delaney, West Virginia State Sen. Richard Ojeda and U.S. Rep Tulsi Gabbard of Hawaii. These four will be joined by many others over the next couple of months. These include Sen. Elizabeth Warren of Massachusetts, who announced an exploratory committee On December 31st. She is very likely to formally join the race in the near future. Another Senator, Kamala Harris of California is reportedly looking to make an announcement over the long weekend that includes Martin Luther King Jr. Day. 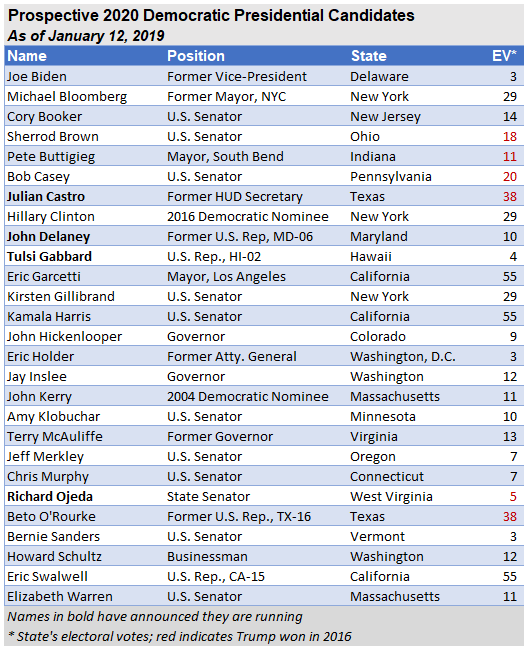