Tom Steyer Not Running for President; Will Continue Impeachment Activism

California billionaire Tom Steyer announced Wednesday that he would not seek the Democratic nomination for president in 2020. He will instead continue his impeachment activism, spending at least $40 million more during 2019 in his effort to remove President Trump from office.

There are still over two dozen names - 27 to be exact - on our list of Democrats that might run in 2020. Thus far, former Maryland U.S. Rep. John Delaney and West Virginia State Sen. Richard Ojeda are the only formally declared candidates. Ojeda announced Wednesday that he is resigning his seat to focus on the 2020 race.

Massachusetts Sen. Elizabeth Warren launched an exploratory committee as 2018 came to a close, and will visit New Hampshire this weekend. She is very likely to run. Julian Castro, HUD Secretary under President Obama and former mayor of San Antonio visited Iowa this week, and will be announcing his 2020 plans this Saturday. 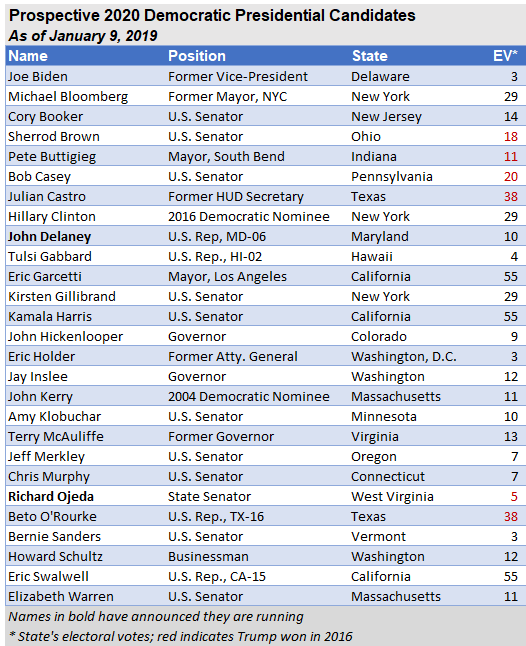