There were 36 gubernatorial elections in 2018. Heading into Election Day, Republicans held 26 of those seats, Democrats 9, with one independent. Republicans won 20 of the races, Democrats 16, for a net Democratic gain of 7 governorships. By picking up the independent-held seat in Alaska, the GOP net loss was six.

There were a large number of retirements in 2018, mostly due to term limits. By mid-January, when the inaugurations are complete, 20 of the country's 50 state governors will be new to the job. 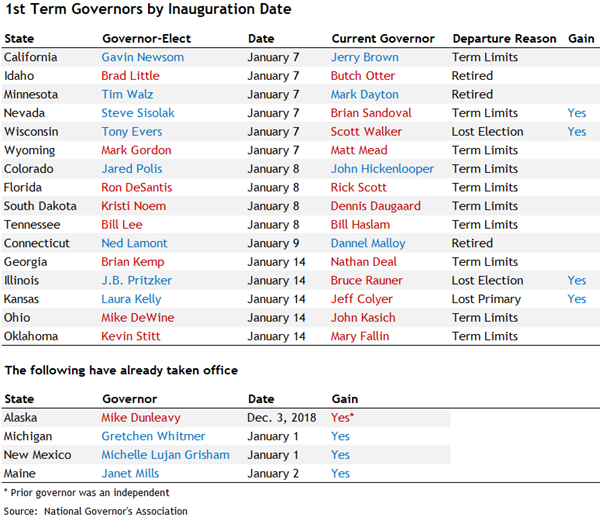