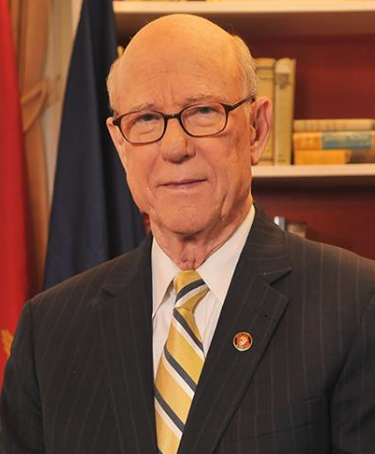 Kansas Republican Senator Pat Roberts announced Friday that he would not seek a fifth term in 2020. The decision is not a complete surprise. At age 82, Roberts is the fifth oldest* member of the Senate. His last reelection campaign, in 2014, was difficult. He first had to fend off a Tea Party challenge to win renomination; he won that race by less than 8%. Roberts then won a surprisingly competitive general election against independent Greg Orman.

A number of names have already emerged as possible replacements. These include Secretary of State Mike Pompeo - a former member of the U.S. House from Kansas, current U.S. Rep. Roger Marshall, and outgoing Gov. Jeff Colyer. Whomever emerges will likely be favored - the state has not elected a Democratic Senator since George McGill in 1932. McGill left the Senate in January, 1939 after losing reelection. The subsequent 80 year period of single-party Senate representation in Kansas is the longest such active streak in the country.

^In addition, Utah Republican Rep. Rob Bishop said back in 2017 that his 9th term - the one that began yesterday - would be his last. However, no "official" announcement has yet been made.