This week, former Massachusetts Gov. Deval Patrick and attorney Michael Avenatti dropped off the list of prospective 2020 Democratic presidential candidates. Patrick informed staff and advisers on Tuesday, with a public statement expected in the days ahead. Avenatti announced his decision by Twitter, citing family concerns.

That leaves 28 names on our current list of possible Democratic contenders. Only two, Rep. John Delaney of Maryland and former Rep. Ojeda of West Virginia have formally announced. We should have a pretty good idea of who is actually going to run within the next 2 to 3 months. 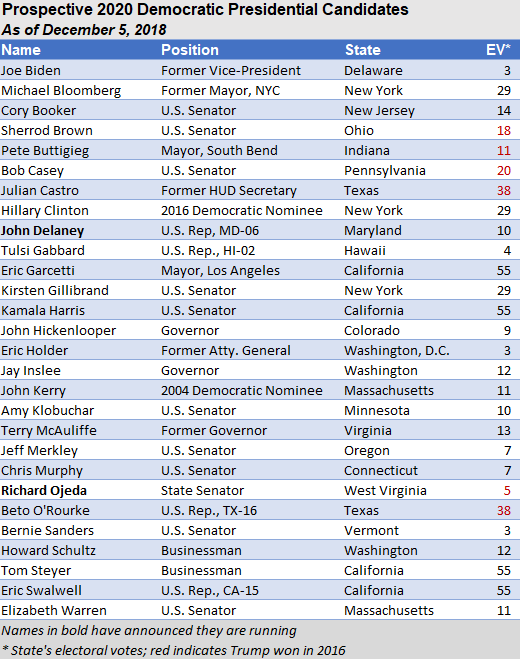 For those that have asked, we will be adding the 'tilt' ratings option to the electoral map in the near future.