Six of the 34 races completed resulted in a victory for the out-party. Republicans picked up four of those wins, Democrats two. Click the image below to see all the results; you can then click any of the state for vote totals from that race. We also have an interactive version of the 2018 actual results. 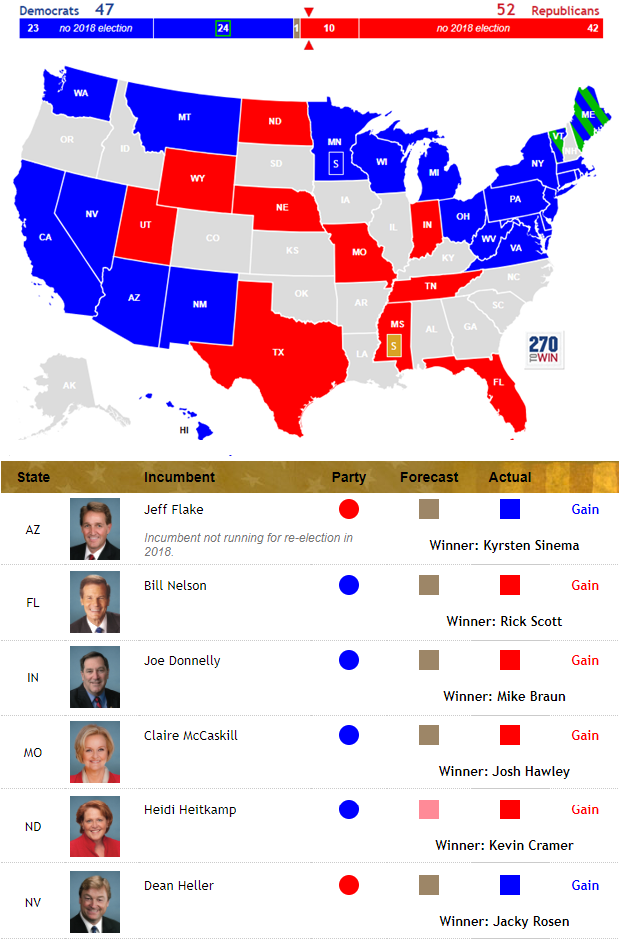 The Mississippi runoff is scheduled for Tuesday, November 27th. Republican incumbent Cindy Hyde-Smith is favored in this deep-red state. However, with both parties adding resources, and Donald Trump planning two election-eve rallies, the race is looking more competitive than originally expected. Much of the tightening can be traced back to an offhand comment Hyde-Smith made about lynchings as well as her unwillingness to address the controversy it caused.