After this call, Republicans hold 51 Senate seats, Democrats 47, with two races remaining undecided.  Those are in Florida and Mississippi.  In Florida, Sen. Bill Nelson and his GOP challenger, Rick Scott, are separated by less than 0.25%, with a contentious recount underway. The Mississippi race is a special election, and will be decided in a runoff on November 27th. 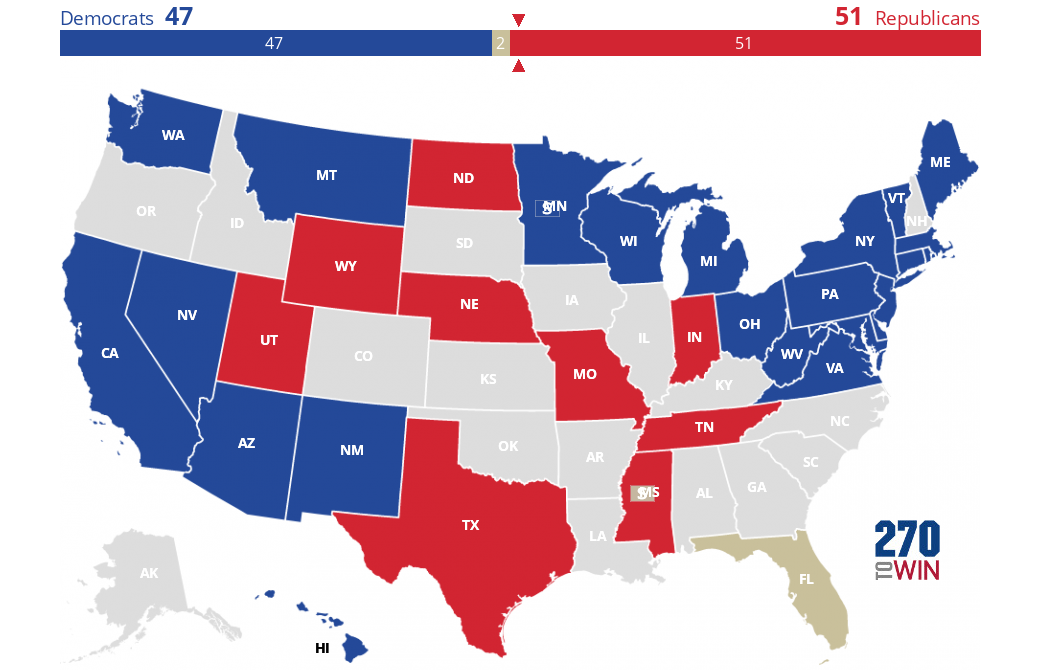