This Saturday before Independence Day offers up a special election to fill one of seven current Congressional vacancies. It is in Texas' 27th Congressional District. The seat became vacant in April when former Rep. Blake Farenthold resigned while under investigation by the House Ethics Committee.

The winner of the election will serve the remainder of Farenthold's term.  However, with 9 candidates on the ballot - there was no primary - nobody is likely to achieve a majority of the vote. Under Texas law, the top two finishers would then move on to a runoff, most likely in September.

Polls close at 7:00 PM Central Time (8:00 Eastern).  Results will appear in the table below, in partnership with Decision Desk HQ. Reload the page for the latest.

Texas has already held their 2018 midterm primaries. Michael Cloud won the Republican nomination, while Eric Holguin won the Democratic nomination. Regardless of who wins the seat in this special election (or subsequent runoff), those two plus Libertarian Daniel Tinus will be the only three of today's nine candidates also on the November ballot.

This Corpus Christi-area district is heavily Republican. Both President Trump and Farenthold won here by about 24% in 2016. Michael Cloud will be a large favorite in November. He's most likely to win the special election as well, although lighter turnout - not to mention a pre-holiday weekend - will add some uncertainty to today's vote. 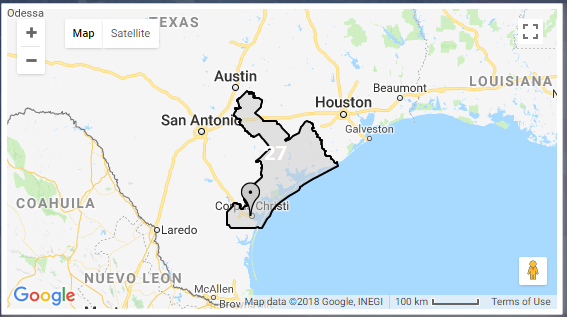