Although the party has come close in some deep red districts, a Lamb victory will make him the first Democrat to flip a Republican House seat in a special election during the Trump era. Republicans will have 238 seats, Democrats 194, with 3 vacancies. (Democrats did gain a Senate seat in the recent Alabama special election.)

The next special election is scheduled for April 24th in Arizona's 8th congressional district. The seat was vacated by Republican Trent Franks late last year.  That race features Republican Arizona State Senator Debbie Lesko against Democrat Hiral Tipirneni, a physician. If anything, this suburban Phoenix district is a bit redder than the one contested in Pennsylvania Tuesday -- Donald Trump won here by 21% in 2016. No polling of the general election is available yet; Republicans are favored to hold the seat based on a review of forecasts by various pundits. 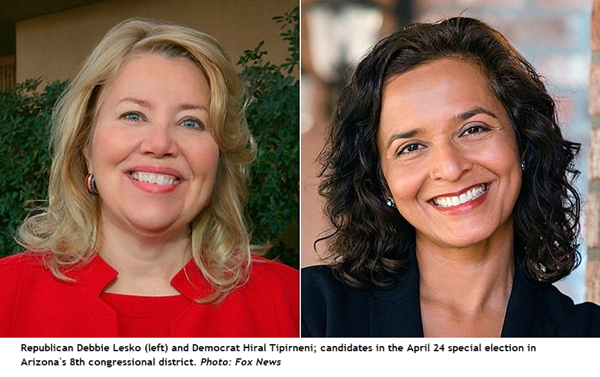