The Associated Press has called the Alabama special election for Doug Jones.

Once Jones is seated, Republicans will hold 51 seats vs. 49 for Democrats. 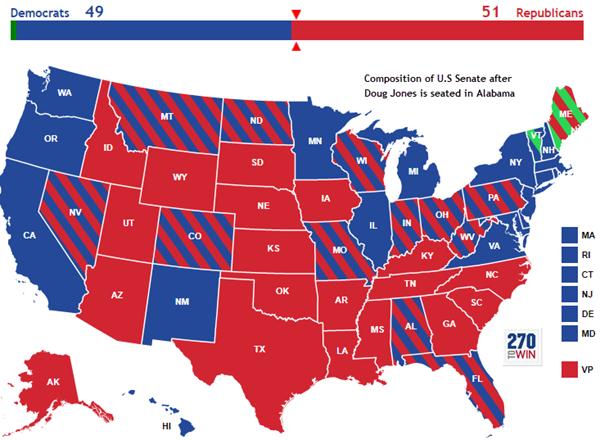