Two new polls paint completely different pictures of tomorrow's Senate special election in Alabama. Fox News gives Democrat Doug Jones has a 10 point lead over Republican Roy Moore. The last poll showing Jones with this kind of lead was the last Fox News poll in mid November, which showed him up by 8 points. 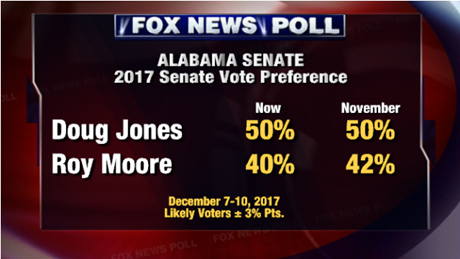 Most other recent polls have shown Moore in the lead. This morning's survey from Emerson College, gives Moore a 9 point margin, significantly higher than the 3 point margin they gave him about 10 days ago. Moore's 53% share of the vote is also a high-water mark for him among recent polling. 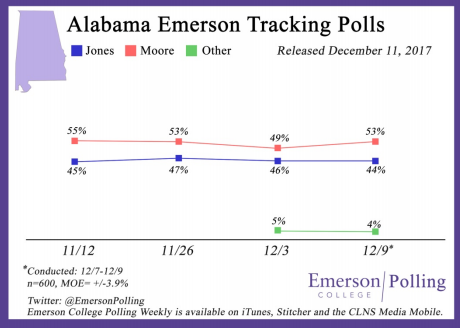 Looking at the average, these two new polls basically cancel each other out. Moore maintains an average lead of 3.3%. 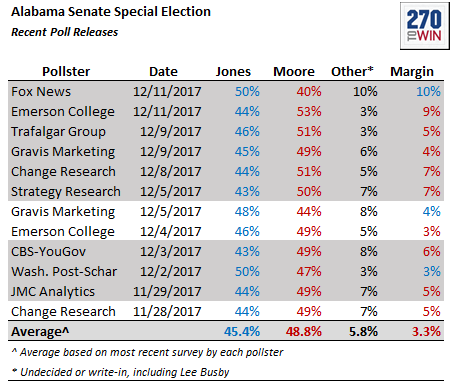 This wide variation in these two releases highlights the challenge pollster have trying to model turnout. As Fox notes: "This race’s uniqueness is significant. It is impossible to know who will show up to vote in a special election to fill a seat in the middle of a term in an off-year. And it’s December, a time when people expect to be going to the shopping mall, not the voting booth." The Alabama Secretary of state estimates just a 20% turnout, vs. 62% in the November, 2016 election.