A new poll from Fox News finds the Alabama Senate race a dead heat. Republican Roy Moore and Democrat Doug Jones are both at 42%, with 11% unsure. The special election is about seven weeks out, on December 12th. The poll surveyed 801 registered voters, with a margin of error of 3.5%. The full topline for the poll can be found here. 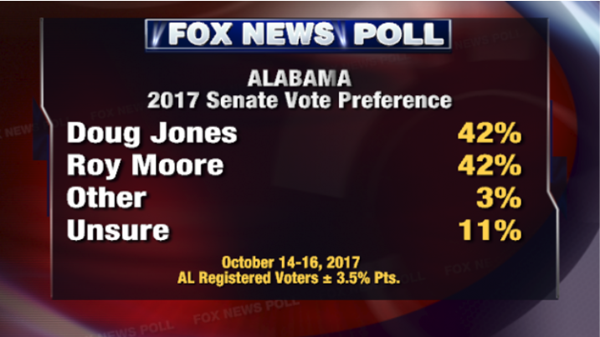 This is the first poll to show the race this competitive; the last two polls have had Moore up 8% in a state that Donald Trump won by about 28%. Whether the poll marks a shift in voter sentiment or is an outlier remains to be seen.