Update on 2018 House Retirements, Including A New Target for Democrats

The announcements by Reichert and Hanabusa bring to 23 the number of House members not seeking reelection in the 2018 midterms. The updated chart follows. 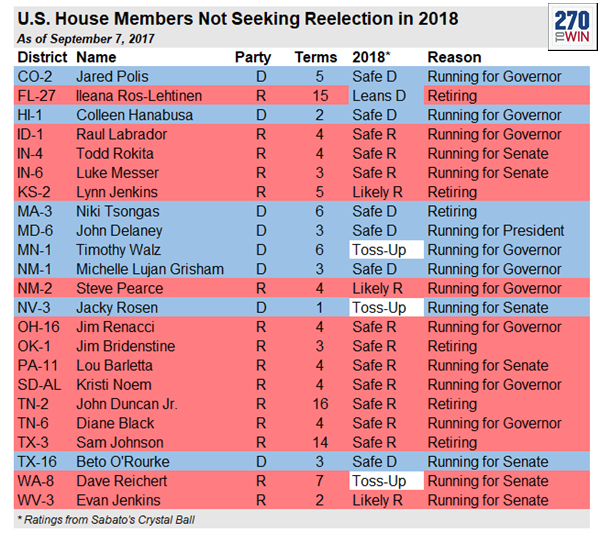