Republican Jason Chaffetz of Utah's 3rd congressional district resigned from Congress Friday morning. The five-term Representative, who was chairman of the House Oversight Committee announced back in April that he would not run again. That was then followed up by the decision to leave Congress before the end of his term. Chaffetz will join Fox News as a commentator. A special election will take place on November 7th. The seat is very likely to remain in Republican hands. 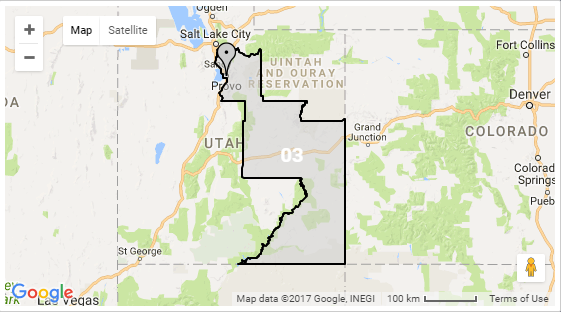 Republicans now have 240 House seats to 193 for Democrats. In addition to Chaffetz's seat, California's 34th District is currently vacant. Democrat Jimmy Gomez won a special election for that seat earlier in June and is expected to be sworn-in on July 11th.